LONDON, 16 January – Shipments of Industrial* 3D printers priced at $100K+ were up by +8% in Q3 2019 compared to the same period the previous year. This key sector – which accounted for almost 70% of all 3D printer revenues for the period – saw even more impressive shipment growth of +12% on a trailing twelve month (TTM) basis. The increase came as a surprise given the headwinds many vendors reported in the second half of the year: reduced demand from the struggling automotive sector, sluggish European economies and a generally weak global industrial manufacturing market all impacted the bottom line of many companies in the third quarter. 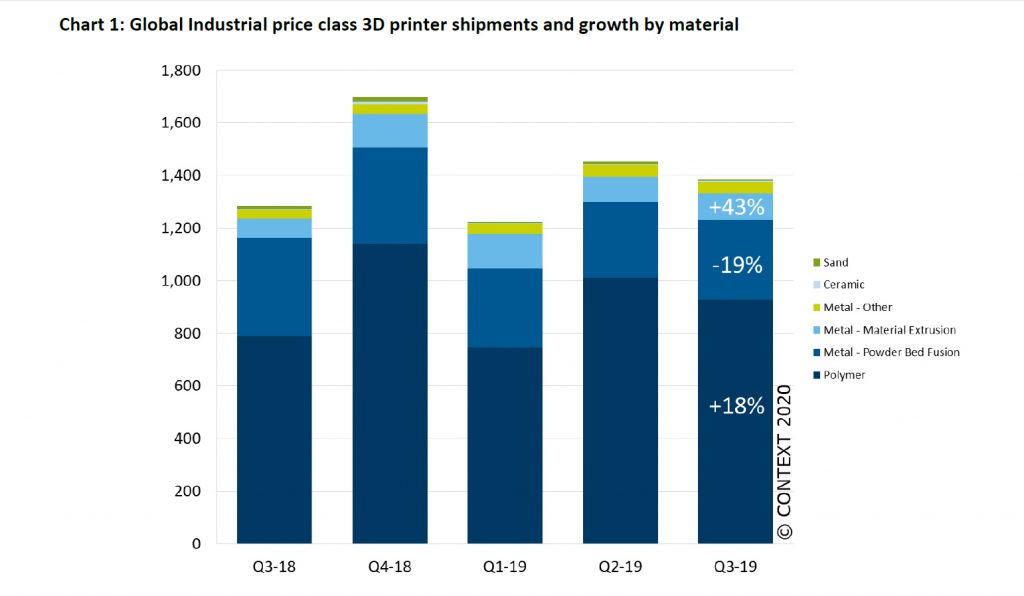